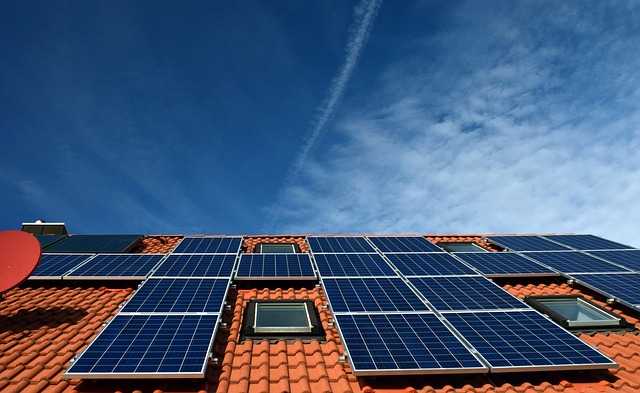 Though solar energy is undoubtedly the ultimate source of renewable energy and for this, we use a large number of solar panels, but what will we do with the waste solar panel in such a volume? It’s not an easy solution.

In November 2016, According to the warning of the environment ministry of Japan, the country will produce 800,000 tons of solar waste by 2040, and it cannot handle those waste solar panels in such a volume. The International Renewable Energy Agency, in that same year, estimated that there were already 250,000 metric tons of waste solar panels all over the world and that this number would grow to 78 million by 2050. “That’s an amazing amount of growth, it’s going to be a major problem,” says Mary Hutzler, a senior fellow at the Institute for Energy Research.

Though panels are warranted for 25 to 30 years they can last even longer. But according to Solar Power World editor-in-chief Kelly Pickerel the market has been flooded with cheaply made Chinese panels that can break down in as few as five years as the solar industry has grown incredibly.

In order to understand solar waste, it will be useful to understand how these panels are built. There are different types of solar panels, but most of them contain aluminum, glass, silver, and an elastic material called ethylene-vinyl acetate. The idea of using solar energy is not a problem but the problem is that the solar panels contain dangerous elements that can cause cancers, materials such as lead, chromium, and cadmium. Functional panels are sealed off with glass and are very safe. But when the panels are damaged or the glass breaks, those substances can leak and can pollute the environment.

This risk factor becomes high in areas with extreme weather like hurricanes and hail were poorly made solar panels are installed. According to Hutzler when winds and rain break the glass, chemicals leach into the soil and then into the water system. Pickerel points out that though solar power helped Puerto Rico recover after Hurricane Maria, there were a couple of areas on the island where panels were damaged. “In those situations, we have to make sure that we collect the damaged panels,” she says.

Though small volume of waste solar panel which is damaged and leaching toxic materials is not an enormous risk, given how much solar panels help address the near-term dangers of global warming and how many other dangers are present during hurricanes, but it is the need to keep in mind since these extreme weather events are here to stay as according to climate change experts.

Waste Solar panels which are now the fastest-growing category of waste are just one part of the problem of old electronics. Once China accepted about 70% of the world’s e-waste, but it refused to take recycling some years ago. Since then, Western countries have started shipping their waste to Southeast Asian countries, but it’s not a long-term solution. For example, companies sometimes sell old (though not dead) panels to other countries that want them cheap, but again, that just moves the waste around the world and it does not lead to any solution.

There is an extra challenge to these waste solar panels and it is recycling. Recycling of waste solar panels is not economically viable right now.  Solar panels do contain some valuable materials such as silver and copper, but not as much as cell phones and other gadgets. And definitely, that is not enough to make up for the high costs of safely break down a panel into its constituent parts. As a result storing old waste solar panels for a long time, like in a landfill, might be the most feasible option until the recycling situation is found out as suggested by the Electric Power Research. Similarly, Pickerel adds that people sometimes collect damaged panels and put them in shipping containers so they’re all at least in one area.

Still, according to Justin Baca, SEIA’s vice president of markets and research, the Solar Energy Industries Association, the major industry group, is working with recycling centers in hopes of addressing this problem early. SEIA started a national recycling program, reaching out to US-based recyclers to vet their processes and make deals. Two years ago.

Right now, they are working with five recycling centers. “The volumes are really low right now, which is both a blessing and a curse. It’s a blessing in that it’s good not to have a lot of waste. But not having a lot of waste means traditional recyclers aren’t very interested since it only becomes economical to do at certain waste volumes.” says Baca. At the same time, he adds, that makes it difficult to know what recycling costs could be in the future. It may be viable to recycle companies if the volume of waste solar panels goes up in the future.

Pickerel says that this is a problem that will need a legislative solution. “I don’t think different materials are going to do anything. Things are changing where we’re using no frames, and that makes it even harder to recycle because there’s no aluminum,” she says. She thinks that a change in policy will definitely make a difference.

There are signs that policies are changing. one solution energy policymakers are considering is adding a fee onto the cost of the solar panels that would make it easier for them to be removed and recycled. we need a comprehensive plan in place before the panels shut down. It is good to excite about new promising technology, but we should also think about what may happen in the future.