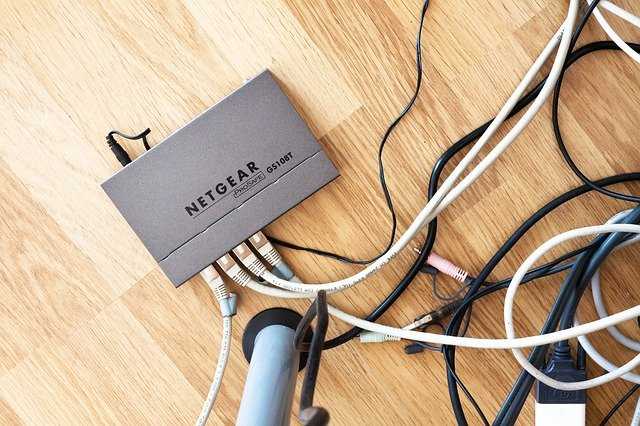 In this tutorial, we will learn what Transmission Media in Networking is and how Network Cable Colour Coding is done.

To share information and data processing in the network, the most basic requirement for the computers is that they should be physically connected to one another via a path which is known as Path-Way. This physical pathway is known as Transmission Media in Networking.

It is basically a physical path via which a computer is connected to the other and works on the network.
Transmission Media has been classified as Cable or Wireless Media.
Cable Media provides a conductor to the electromagnetic signals whereas wireless provides no conductor.
In a smaller computer network often LAN Cable Media is applied.
In a larger computer network, Cable and Wireless Media network is used.
The capacity of a Transmission Media is known as Bandwidth.
First, we will learn about the Transmission Media in Networking in Cable Media form.
Different standard of network, types of network made in it and seed of a network, these all depend upon the cables used in the network or we can say that according to the use of a network the care should be taken to choose the cables used in the network at the time of making the structure of a network. Otherwise, there should not be totally benefits.
Communication of data, transferring, and medium means there is a direct relation between cables. If we use the ancient cables then if we want we use the protocol, then the speed of the network will also be ancient time and technique and data communication capacity using in it is changed with the standard.
Cable media is wire or fiber, which are travel the light or electricity. Cable media are three types-
1.   Twisted pair cable
2.   Co-axial cable
3.   Fiber optic cable

If you have your desired length of category 5e Ethernet cable and RJ-45 crimpable connectors, then you can make Ethernet Cable of your own by simply learning the Network Cable Colour Coding.
You can make the cable in two simple ways or two types of cables as follows:
1.   Straight cable (Patch cable)
2.   Cross cable (up-link cable)

This cable is used in a star topology to connect a particular computer with HUB. If you want to know what Star Topology is then you can see our Basic Networking Concepts post.
When two or more computers are used within the network then device HUB is needed. A network cable from a particular computer will connect to this HUB.
Hence, how much the number of computers may be; from there a network cable will come on to the HUB. This cable is known as straight cable or patch cable.
If you have two computers and RJ-45 socket type network card is connected in it and you want to do the networking in it without using the HUB then you will have to use the cross cable in between both the computers.

This cable is used to connect HUB to HUB in a star topology. In addition to this, networking can be done to connect the two computers each other through this cable.

The connection of the straight cable

Now if you want to make an Ethernet cable by using straight-through process, then you should know the Network Cable Colour Coding. A picture is given below for your reference.
Remember, colour plays an important role in making Ethernet Cable.

As we know earlier that cross cable can be used between two HUBs or computers. Here is a picture of Network cable colour coding of cross cable connections are shown below.
NOTE: In RJ-45 connector while inserting wire let the computer clip down and count pins 1 to 8 from left to right.

Co-axial cable to view will be around a cable. According to the diagram its cross-section can be viewed. There is a thick string in between and is surrounded by an insulator to the four sides. Right on that dry electric insulating shield is present. This dry electric shielded cable plays a vital role in inductance and capacitance properties. After this total insulator shielding is present. Data from this is transferred through the thick string and another string line grounded. Co-axial means to access in one and only axis. If all the cables strings are in only one axis then it is known as co-axial cable. Application of this cable is mainly in cable TV and in data communication.
For computer communication, RJU-580/U co-axial cable is used. The dry electric shield is made of polyethylene. And the radius of the cable is 0.42 mm and 2.208 mm of polyethylene sheet. Its total impedance or resistance is measured in ohms which are mostly out of range. Mostly; the resistance of co-axial cable can be 50 to 75 ohms. Cables losses are taken through a special meter. The resistance of the cable highly depends on the thickness of the string inside it. For high frequencies, co-axial cables of twisted pair cables are used in which noise immunity is more and also supports for higher bandwidth.

The information in fiber optic cable can be sent very fast through the medium of light when compared with this UTP, STP or co-axial cables.
A hollow core or vacuum of glass material like layers covered all over it. Here the medium of transformation is through light but not the electrical signals. This way it works in the presence of high electrical interference also. It is going to be used for communication between the buildings because of no risk against moisture and light.
Co-axial or UTP, any of them have the efficiency to transmit data rapidly for long distances. Because of these assets, workings of these fields are increasing day by day. Now a day these are used in video conferences also. Installation and maintenance are somewhat difficult.

Scientists have found techniques in this development era that even without cable also network can be built. Data can be transferred and communication is also possible. Yes, we are talking about wireless network or WLAN.
In the wireless LAN, the radio signal of high frequency, infrared light rays or with the help of laser rays, communication can be established between workstation and server or hub. In this LAN a special work station with file server with the same type of transceiver or antenna is hanged to it. With which they will send and acquire data. In transceivers transmitting and receiving information is the same in as in cables. For long distance, using not only cellular telephone technique microwave transmission or satellites can also be used.

In this post, we learn something about Transmission Media in Networking and also Network Cable colour Coding to make an Ethernet Cable on our own.