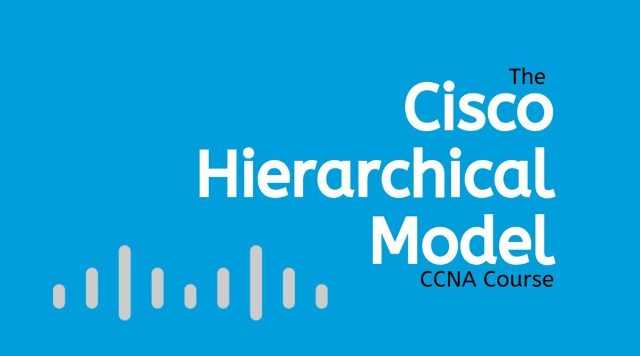 In this article of CCNA Course, we’ll discuss the three-layer Cisco Hierarchical Model.

Most of us were exposed to hierarchy early in life. Anyone with older siblings learned what it was like to be at the bottom of the hierarchy. Regardless of where you first discovered hierarchy, today most of us experience it in many aspects of our lives.

It is the hierarchy that helps us understand where things belong, how things fit together, and what functions go where. It brings order and understandability to an otherwise complex subordinate. That is the person whose role it is to grant (or deny) your request. So basically, understanding hierarchy helps us discern where we should go to get what we need.

Hierarchy has many of the same benefits in network design that it does in other areas of life. When used properly, it makes networks more predictable. It helps us define which areas should perform certain functions.

Likewise, you can use tools such as access lists at certain levels in hierarchical networks and avoid them at others.

Let’s face it: large networks can be extremely complicated, with multiple protocols, detailed configurations, and diverse technologies. Hierarchy helps us summarize a complex collection of details into an understandable model. Then, as specific configurations are needed, the model dictates the appropriate manner in which to apply them.

The Cisco hierarchical model can help you design, implement, and maintain a scalable, reliable, cost-effective hierarchical internetwork. Cisco defines three layers of hierarchy, as shown in the figure below, each with specific functions.

The following are the three layers and their typical functions:

Each layer has specific responsibilities. Remember, however, that the three layers are logical and are not necessarily physical devices.

Consider that OSI Model, another logical hierarchy. The 7 layers of OSI Model describe functions but not necessarily protocols, right? Sometimes a protocol maps to more than one layer of the OSI Model, and sometimes multiple protocols communicate within a single layer.

In the same way, when we build physical implementations of hierarchical networks, we may have many devices in a single layer, or we might have a single device performing functions at two layers. The definition of the layers is logical, not physical.

Now let’s take a closer look at each of the layers.

The Core layer is literally the core of the network. At the top of the hierarchy, the core layer is responsible for transporting large amount of traffic both reliably and quickly.

The only purpose of the network’s core layer is to switch traffic as fast as possible. The traffic transported across the core is common to a majority of users.

However, remember that user data is processed at the distribution layer, which forwards the requests to the core if needed.

If there is a failure in the core, every single user can be affected. Therefore, fault tolerance at this layer is an issue. The core is likely to see large volumes of traffic, so speed and latency are driving concerns here. Given the functions of the core, we can now consider some design specifics. Let’s start with some things we don’t want to do:

The distribution layer is sometimes referred to as the workgroup layer and is the communication point between the access layer and the core.

The primary functions of the distribution layer are to provide routing, filtering, and WAN access and to determine how packets can access the core if needed.

Things to avoid at the distribution layer are limited to those functions that exclusively belong to one of the other layers.

The distribution layer handles any traffic for remote services. The following are some of the functions to be included at the access layer:

Technologies such as DDR and Ethernet switching are frequently seen in the access layer. Static routing (instead of dynamic routing protocols) is seen here as well.