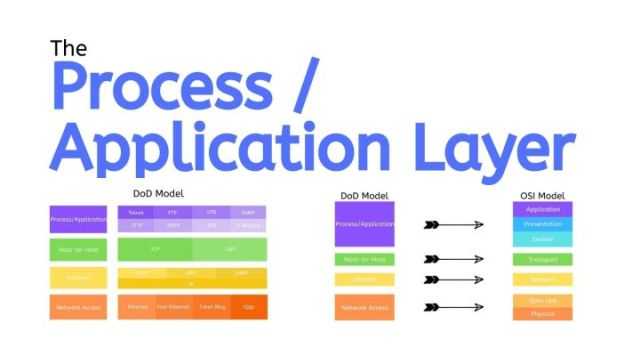 In this article, we’ll describe the different applications and services typically used in IP networks. The following protocols and applications are covered in this section:

Let’s look at one by one.

Telnet is the chameleon of protocol sites specialty is terminal emulation. It allows a user on a remote client machine, called the Telnet client, to access the resources of another machine, the Telnet service.

Telnet achieves this by pulling a fast one on the Telnet server and making the client machine appear as though it were a terminal directly attached to the local network. This projection is actually a software image a virtual terminal that can interact with the chosen remote host.

These emulated terminals are of the next mode type and can execute refined procedures such as displaying menus that give users the opportunity to choose options and access the applications on the duped server. Users begin a Telnet session by running the Telnet client software and then logging into the Telnet server.

File Transfer Protocol (FTP) is the protocol that actually lets us transfer files, and it can accomplish this between any two machines using it. But FTP isn’t just a protocol; it’s also a program. Operating as protocol, FTP is used by applications. As a program, it’s employed by users to perform file tasks by hand.

FTP also allows for access to both directories and files and can accomplish certain types of directory operations, such as relocating into different ones. FTP teams up with Telnet to transparently log you into the FTP server and then provides for the transfer of files.

Accessing a host through FTP is only the first step, though. Users must then be subjected to an authentication login that’s probably secured with passwords and user names implemented by system administrators to restrict access. You can get around this somewhat by adopting the username anonymous though you’ll gain access to will be limited.

Even when employed by users manually as a program, FTP’s functions are limited to listing and manipulating directories, typing file contents, and copying files between hosts. It can’t execute remote files as programs.

Trivial File Transfer Protocol (TFTP) is the stripped down, stock version of FTP, but it’s the protocol of choice if you know exactly what you want and where to find it, plus it’s so easy to use and fast too.

It doesn’t give you the abundance of functions that FTP does, though. TFTP has no directory-browsing abilities; it can do nothing but send and receive files. This compact little protocol also skimps in the data department, sending much smaller blocks of data than FTP, and there’s no authentication as with FTP, so it’s insecure.

Few sites support it because of the inherent security risks.

Network File System (NFS) is a jewel of a protocol specializing in file sharing. It allows two different types of file systems to interoperate.

Even though the NT file system and Unix file system are unlikely they have different case sensitivity, filename lengths, security, and so on both Unix users and NT users can access that same file with their normal file systems, in their normal way.

Simple Mail Transfer Protocol (SMTP), answering our ubiquitous call to email, uses a spooled, or queued, method of mail delivery. Once a message has been sent to a destination, the message is spooled to a device usually a disk.

The server software at the destination posts a vigil, regularly checking the queue for messages. When it detects them, it proceeds to deliver them to their destination. SMTP is used to send mail; POP3 is used to receive mail.

The Line Printer Daemon (LPD) protocol is designated for printer sharing. The LPD, along with the line printer (LPR) program, allows print jobs to be spooled and sent to the network’s printers using TCP/IP.

Designed for client/server operations, X Window defines a protocol for writing client/server applications based on a graphical user interface (GUI). The idea is to allow a program, called a client, to run on one computer and have it display things through a window server on another computer.

Simple Network Management Protocol (SNMP) collects and manipulates valuable network information. It gathers data by polling the devices on the network from a management station at fixed or random intervals, requiring them to disclose certain information.

When all is well, SNMP receives something called a baseline a report delimiting the operational traits of a healthy network. This protocol can also stand as a watchdog over the network, quickly notifying managers of any sudden turn of events. These network watchdogs are called agents, and when aberrations occur, agents send an alert called a trap to the management station.

Domain Name Service (DNS) resolves hostnames specifically, Internet names, such as www.routerism.com. You don’t have to use DNS; you can just type in the IP address of any device you want to communicate with.

An IP address identifies hosts on a network and the Internet as well. However, DNS was designed to make our lives easier.

Think about this: What would happen if you wanted to move your web page to a different service provider? The IP address would change and no one would know what the new one was. DNS allows you to use a domain name to specify an IP address. You can change the IP address as often as you want and no one will know the difference.

DNS is used to resolve a fully qualified domain name (FQDN) for example, www.lammle.com or todd.lammle.com. An FQDN is a hierarchy that can logically locate a system based on its domain identifier.

Dynamic Host Configuration Protocol (DHCP) assigns IP addresses to hosts. It allows easier administration and works well in small to even very large network environments. All types of hardware can be used as a DHCP server, including a Cisco router.

DHCP differs from BootP in that BootP assigns an IP address to a host but the host’s hardware address must be entered manually in a BootP table. You can think of DHPC as a dynamic BootP. But remember that BootP is also used to send an operating system that a host can boot from. DHCP don’t do that.

A DHCP server can give us even more information than this, but the items in the list are the most common.

A client that sends out a DHCP discover message in order to receive an IP address sends out a broadcast at both layer 2 and layer 3. The layer 2 broadcast is all F’s in hex, which looks like this FF:FF:FF:FF:FF:FF. The layer 3 broadcast is 255.255.255.255, which means all networks and all hosts. DHCP is connectionless, which means it uses User Datagram Protocol (UDP) at the Transport layer, also known as the Host-to-Host Layer.

Here’s an example of output from an Ethereal analyzer:

The Data Link and Network layers are both sending out “all hands” broadcasts saying “Help! Don’t know my IP address!”