The layout of a C program 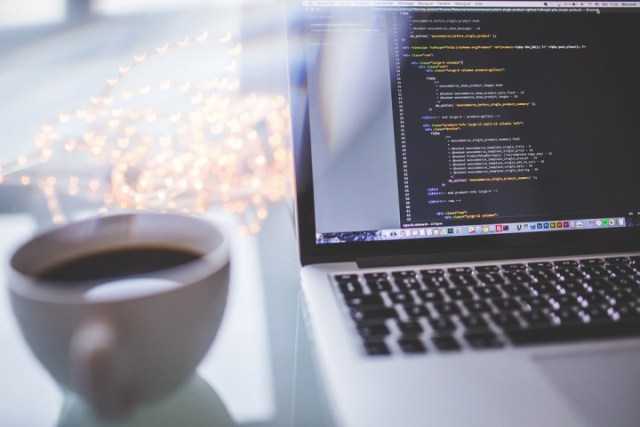 The general form of a C program is as follows:

All C programs will consist of at least one function, but it is usual (when your experience grows) to write a C program that comprises several functions. The only function that has to be present is the function called main. For the more advanced program the main function will act as a controlling function calling other functions in their turn to do a specific work. The main() function is the first function that is called when a C program executes.

Note the use of the bracket set () and {}. The () are used in conjunction with function names whereas {} are used to delimit the C statement that is associated with that function. Also, note that a semicolon (;) is used to terminate the C statement. C is a free format language and long statements can be continued, without truncation, onto the next line. The semicolon informs the C compiler that the end of the statement has been reached. Free-format also means that you can add as many spaces as you like to improve the look of your programs.

A very common mistake made by everyone, who is new to the C programming language, is to miss the semicolon. The C compiler will concatenate the various lines of the program together and then tries to understand them- which it will not able to do. The error message produced by the compiler will relate to a line of your program, which could be some distance from the initial mistake.

Now let us write our first C program as follows

As part of the compilation, the C compiler runs a program called the C pre-processor. The pre-processor is able to add and remove code from your source file. In this case, the preprocessor directive #include  tells the compiler to include code from the file stdio.h. this file contains declarations for functions that the program needs to use. A declaration for the printf function is in this file.

This is a comment. A comment is a note to yourself or others that you put into your source code. The compiler ignores all comments. Comments are used primarily to document the meaning and purpose of the source code so that we can remember later how it functions and how to use it. You can also use a comment to temporarily remove a line of code. Simply surround the lines with the comment symbols. In C, the start of a comment is signaled by the /* character and is ended by */.

This statement declares the main function. A C program can contain many functions but must always have one main function. A function is a self-contained module of code that can accomplish some task. The “void” specifies the return type of main. In this case, nothing is returned to the operating system.

This opening curly bracket denotes the starting of the main function.

Printf is a function from a standard C library that is used to print strings to the standard output device, normally the screen. The compiler links code from these standard libraries to the code you have written to produce the final executable. The “\n” is a special format modifier that tells the printf to put a line feed at the end of the line. If there were another printf in this program, its string would print on the next line.

This closing curly bracket denotes the end of the main function.

Type it in a new file and save it as Hello.c. then use the compiler to compile it, the linker to link it and finally run it.

The output is as follows:

As a part of compilation, the C compiler runs a program called the C pre-processor. The preprocessor directives give direction to the compiler that, what to do before compiling a C source code. In this case, the preprocessor directive #include tells the compiler to include the codes from the header file stdio.h. This file contains declarations for functions that the program needs to use. A declaration for the printf function is in this file.

Note the use of the angle bracket (< and >) around the header file’s name. these indicate that the header file is to be looked for on the system disk, which stores the rest of the C program application. We can also write the above statement as follows:

The double quotes indicate that the current working directory should be searched for the required header file. This will be true when you write your own header files. But, the standard header files should always have the angle brackets around them.

The building blocks of a C program

Now we have to start looking into the details of the C language. How easy you find the rest of this section will depend on whether you have ever programmed before- no matter what the language was. There are a great many ideas common to programming in any language and C is no exception to this rule. So if you haven’t programmed before, you need to take the rest of this section slowly and keep going over it until it makes sense.

The basic things we need to know that are required to learn the C programming language are as follows:

The set of characters we can use in C programs are as follows:

There are 32 words defined as keywords in C. these have predefined uses and cannot be used for any other purposes such as the naming of a variable or a constant in a C program. They are always written in lower case. A complete list follows which combine with the formal syntax to the form the C programming language.

Any C program has two entities to consider, the data, and the program. They are highly dependent on one another and careful planning of both will lead to a well planned and well-written program. To handle the data in a C program we create variables to store values in it and in C it is mandatory to mention the type of each of the variables we are going to do anything with it prior to the execution of the program. The data types in C are classified into four categories and they are as follows:

Note: these figures only apply to today’s generation of PCs. Mainframes and midrange machines could use different figures, but would still comply with the rule above.

A variable is just a named area of the main memory that can hold a single value either numeric or character. In C it is necessary that you declare the name of each variable that you are going to use and its type before you actually try to do anything with it.

a constant is a value that does not change its value during the execution of the program. There are three techniques used to define constants in C. They are

Constants may be defined using the preprocessor directive #define. The #define directive is used as follows.

The second technique is to use the keyword const when defining a constant variable. When used the compiler will catch attempts to modify variables that have been declared const.

There are two main advantages to the first technique. First, the type of the constant is defined, like here PI is a float type constant. This allows some type checking by the compiler. Second, the constants are variables with a definition scope. The scope of a variable relates to parts of your program in which it is defined.

This is the definition of an enumeration type (enum). Every one of the word constants will be assigned a numeric value, counting up and starting at 0[*]. So the constants will have the following values:

[*] you can override this default numeric value by adding an explicit=value after the constant; the counting for subsequent constants will then continue from there.

Operators: an operator in general is a symbol that operates on certain values or variables of some data types and produces a result.

Expression:  the combination of variables, constants and operators written according to the syntax of the language is called an expression.

Note: C has no operator for exponential operation.

These operators are used to increase or to decrease the value of a variable. These are as follows:

e.g. j++ means assign the value of j and increase the value by 1

–k means to decrease the value by 1 and assign the value of k.

This operator consists of two symbols, question mark (?) and colon (:). It has three parts – the text expression, true part and false part like,

It assigns either the true part value or the false part value to a variable depending on the test expression.

here if the value of j is greater than 5 then 2 will be assigned to i otherwise 3.

These operators operate on each bit of data. They are used for testing, complementing or shifting of bits to right or left. These are as follows:

This operator is used to separate a set of variables. The, symbol is called the comma operator.

The sizeof() operator returns the size of the data types of a variable or the no. of bytes occupied by the variable in the memory. Member selection operators (. And ->) are used with structures and unions. Pointer operators (*), Address of operator (&), array subscript ([]), (typecast), etc.

The following lists all C operators in order of their precedence (highest to lowest). Their associativity indicates in what order operators of equal precedence in an expression are applied.

Usually I/O, input and output, form an important part of any program. To do anything useful your program needs to be able to accept input data and report back your results. In C, the standard library provides routines for input and output. The standard library has functions for I/O that handles input, output, and character and string manipulation. Here, all the input functions described read from standard input and all the output functions described write to standard output. Standard input is usually the keyboard. Standard is usually the monitor.

Printf(): this is a very versatile function for displaying the output. It can handle any basic data type and offers several facilities with which we can specify the way in which the data is to be displayed.