What is OSI Model – CCNA Course 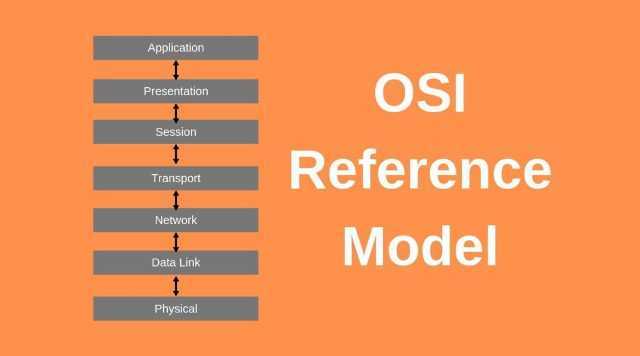 In this article of CCNA course, we’ll have a brief introduction about the OSI Model and what are the layers that it follows. In the following posts ahead, we’ll go deeper into those layers.

If you want to read the first topic of CCNA course i.e. Internetworking, then you can do that by clicking the link.

One of the greatest functions of the OSI specifications is to assist in data transfer between disparate hosts meaning, for example, that they enable us to transfer data between a Unix host and a PC or a MAC.

The OSI isn’t a physical model, though. Rather, it’s a set of guidelines that application developers can use to create and implement applications that run on a network. It also provides a framework for creating and implementing networking standards, devices, and internetworking schemes.

The OSI has seven different layers, divided into two groups. The top three layers define how the applications within the end stations will communicate with each other and with users. The bottom four layers define how data is transmitted end to end. Figure 1.6 shows the three upper layers and their functions, and figure 1.7 shows the four layers and their functions.

When you study figure 1.6, understand that the user interfaces with the computer at the Application layer and also that the upper layers are responsible for applications communicating between hosts. Remember that none of the upper layers knows anything about networking or network address. That’s the responsibility of the four bottom layers.

In figure 1.7, you can see that it’s the four bottom layers that define how data is transferred through a physical wire or through switches and routers. These bottom layers also determine how to rebuild a data stream from a transmitting host to a destination host’s application.

The following network devices operate at all seven layers of the OSI model:

Basically, the ISO is pretty much the Emily post of the network protocol world. Just as Ms. Post wrote the book setting the standard protocols for human social interaction, the ISO developed the OSI reference model as the precedent and guide for an open network protocol set. Defining the etiquette of communication models, it remains today the most popular means of comparison for protocol suites.

The following picture shows a summary of the functions defined at each layer of the OSI model. With this in hand, you’re now ready to explore each layer’s function in detail.

We will see the details of the function of the OSI reference model layers in the next posts.