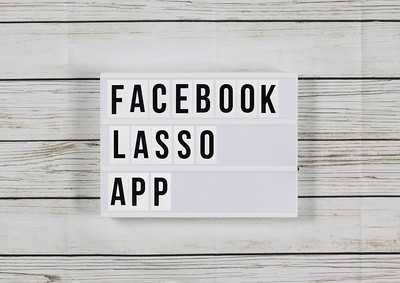 TikTok is famous for its 15-sec videos, which recently absorbed Musical.ly after a $1 billion acquisition by Chinese company ByteDance.

According to a TechCrunch report, Facebook is trying to gain impressions and win over new generation teens with its new app Lasso, an app where users can record themselves dancing with its new feature like lip-syncing to music.

A source told TechCrunch, “It’s basically TikTok/Musically. It’s full-screen, built for teens, fun and funny, and focused on creation. A lot of what they’re doing is just trying to be cool.”

The report comes on the heels of Facebook’s new music features that launched yesterday, in which the company added music stickers to its Stories feature and rolled out lyrics to its Lip Sync Live feature that already lives within its own app.

TikTok like app Lasso is a standalone app that would mostly be like the new version of Lip Sync Live. With licensing deals secured with all of the major labels, however, Facebook can give access to the songs for a longer time than that of TikTok’s 15-sec time limit.

Facebook started a research team in 2016 to track the popularity of musical.ly among teens but then it was stopped. Musical.ly has 500 million global monthly users which somehow inspires the video and watch team of Facebook create a standalone new Tik Tok like app Lasso.