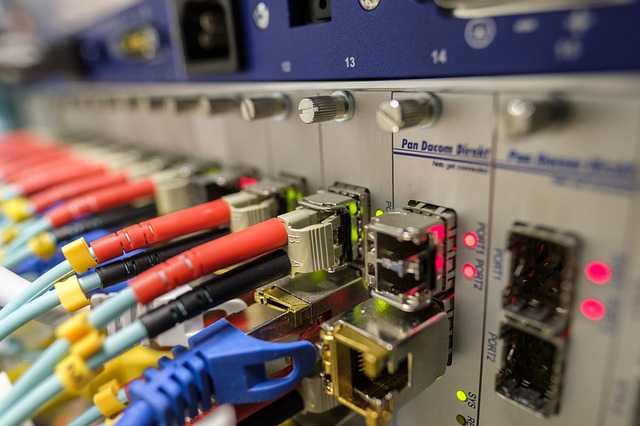 Computer networking is basic for the whole of the internet. If you are interested to learn Basic networking concepts then you can go ahead with this article.

You can download the full free version of the book which is authored and published by Kumar Janglu. Have a look.

From the name itself, we can understand that network means work through the net. In general, if we think, a network can be possible between 2 or more computers so that instruction and data can be attained or sent. In this tutorial, we will learn about some of the Basic Networking Concepts.

If connected in the same way all the computers and through which data or resource is sent and obtained, then this relation is called Networking.

To install a good and qualified network, some features are necessary, and with all those, you can make a basic network.

For this, you need a server or work station network card, cables, network operating system like Windows, UNIX, and Linux, etc.

Now let’s see some of the basic networking concepts.

As we know already about networking, some questions will arise that at a time how many computers can be connected and how long the network follows, how much cost for this network component and plan of the network, etc are raised.

Come; let us know how many networks we can make and types of networks available.

LAN is basically a combination of computer hardware and transmission media, which is considered and made for the installation of a small network.

Normally, the size of LAN can be of 0 to 10km that is why only normal and single type of transmission is used.

LAN is a complete network that is installed in a single building, in which all the features of networking are present. It is controlled only through a single organization.

MAN is basically a combination of computer hardware and transmission media, which is considered and made for the size of the network which is more than LAN.

Normally, the size of MAN can be of 1 to 100km. that is why, to cover the big size of the network, different types of transmission are used.

MAN is a complete network that is installed in a city with two locations of the computer connected. It is controlled through a single or different organization.

WAN is basically a combination of hardware and transmission media. This was done, considering the size of the LAN and MAN installation.

Size of WAN can be from a few km to many thousands of kilometers. That is why the transmission is totally different from the MAN.

WAN is a network designed with two different types of LAN connected, to work in a city, country, and throughout the world. It can be controlled through single or different organizations.

NOTE: Normally LAN and WAN are not different for each other, but they are not the same also. Depending on our needs group of LAN give birth to WAN.

For any type of Network, the following three types of network elements are necessary.

It connects two computers internally through a physical medium. It can be Cable (Wired) or Satellite (Wireless).

These cables are used to make an Ethernet cable for data sharing. This is for the intermediate level of computer networking.

We have some cool articles on different protocols used for networking that you might be interested in.

These articles are covered under our free CCNA Course.

A network is done through different conditions like how is the cable with how much length, how would be the connection of these cables to the computers, which type of cable is used for which type of network card, etc.

The physical layout of network cabling is nothing but Topology.

According to the usage of transmission media, topology is of many types, which follow:

In this topology, the cable used as a transmission media is connected serially through connectors to all nodes like a server, client, printer, etc. This cable is called as Back-Bone.

The advantage is that computers or peripherals are easily connected with each other.

In this topology, the small cable is used.

The disadvantage is that the total network will be down when the mains cable is broken.

In this topology when the terminators of both the ends of the back-bone get loose, the total network will be down.

Troubleshooting is very typical when the network is down.

In this topology, the cable is connected to the central device through a special node i.e. Network computer, printer. This cable is known as Path Cable or Straight Cable or devices HUB.

The disadvantage is that more cable is needed. If the HUB fails then the total network will be down.

When compared with Linear Bus Topology, this topology is very much expensive.

The advantages and disadvantages of this topology are the same as those of Linear Bus and Star Topology.

This topology is very hard to set up.

There are other types of topology like Ring Topology, Mesh Topology, and Hybrid Topology.

Factors to be considered while cable installation

Read the Full Version of this Article