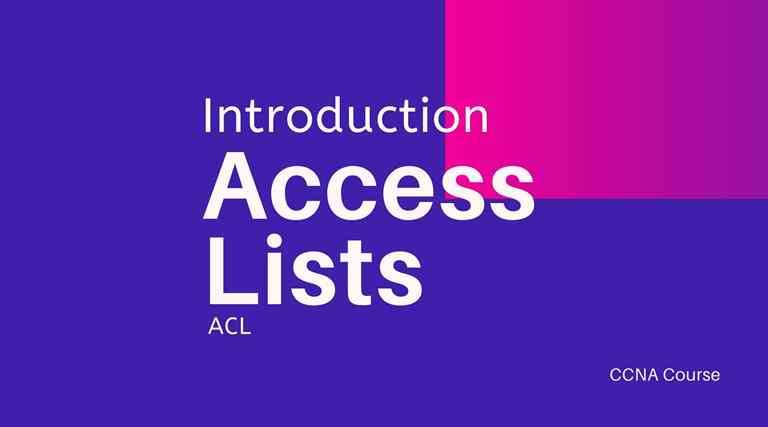 One of the most common and easiest to understand uses of access lists is filtering unwanted packets when implementing security policies. For example, you can set them up to make very specific decisions about regulating traffic patterns so that they’ll allow only certain hosts to access web resources on the internet while restricting others. With the right combination of access lists, network managers arm themselves with the power to enforce nearly any security policy they can invent.

Access lists can even be used in situations that don’t necessarily involve blocking packets. For example, you can use them to control which networks will or not be advertised by dynamic routing protocols. How you configure the access list is the same. The difference here is simply how you apply it to a routing protocol instead of an interface. When you apply an access list in this way, it’s called a distribute-list, and it does not stop routing advertisements, it just controls their content. You can also use access lists to categorize packets for queuing or QoS-type services and for controlling which types of traffic can activate a pricey ISDN link.

Creating access lists is really a lot like programming a series of if-then statements if a given condition is met, then a given action is taken. If the specific condition isn’t met, nothing happens and the next statement is evaluated. Access-list statements are basically packet filters that packets are compared against, categorized by, and acted upon accordingly. Once the lists are built, they can be applied to either inbound traffic on any interface. Applying an access list causes the router to analyze every packet crossing that interface in the specified direction and take the appropriate action.

There are a few important rules that a packet follows when it’s being compared with an access list:

Each of the rules has some powerful implications when filtering IP packets with access lists, so keep in mind that creating effective access lists truly takes some practice.

Standard Access Lists: These use only the source IP address in an IP packet as the condition test. All decisions are made based on the source IP address. This means that standard access lists basically permit or deny an entire suite of protocols. They don’t distinguish between any of the many types of IP traffic such as web, Telnet, UDP, and so on.

Extended Access Lists: Extended access lists can evaluate many of the other fields in the layer 3 and layer 4 headers of an IP packet. They can evaluate the source and destination IP addresses, the protocol field in the Network layer header, and the port number at the Transport layer header. This gives extended access lists the ability to make much more granular decisions when controlling traffic.

Named Access Lists: hey, wait a minute, we said there are two types of access lists but listed three! Well, technically there really are only two since named access lists are either standard or extended and not actually a new type. We are just distinguishing them because they’re created and referred to differently than standard and extended access lists, but they’re functionally the same.

Once you create an access list, it’s not really going to do anything until you apply to it. Yes, they’re there are on the router, but they’re inactive until you tell that router what to do with them.

To use an access list as a packet filter, you need to apply it to an interface on the router where you want the traffic filtered. And you’ve got to specify which direction of traffic you want the access list applied to. There’s a good reason for this you may want different controls in place for traffic leaving your enterprise destined for the internet than you’d want for traffic coming into your enterprise from the Internet. So, by specifying the direction of traffic, you can and frequently you’ll need to use different access lists for inbound and outbound traffic on a single interface.

Inbound Access Lists: when an access list is applied to inbound packets on an interface, those packets are processed through the access list before being routed to the outbound interface. Any packets that are denied won’t be routed because they’re discarded before the routing process is invoked.

There are some general access-list guidelines that should be followed when you’re creating and implementing access lists on a router:

Before we move on to how to configure basic and advanced access lists, let’s discuss how ACLs can be used to mitigate the security threats we discussed earlier in this article.

Here is a list of the many security threats you can mitigate with ACLs:

It’s generally wise not to allow into a private network any IP packets that contain the source address of any internal hosts or networks just don’t do it!

Here’s a list of rules to live by when configuring ACLs from the Internet to your production network to mitigate security problems:

None of the above addresses should be allowed to enter your internetwork. Okay, finally, let’s get to work on configuring some basic and advanced access lists.