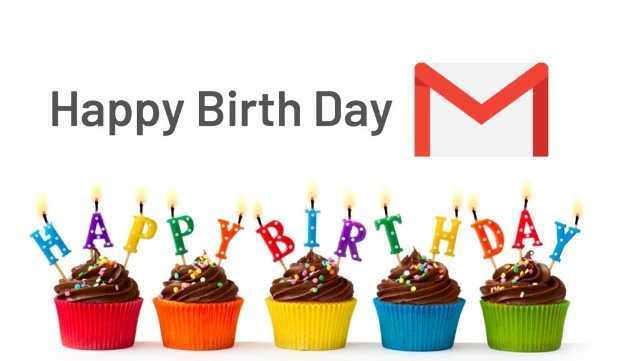 Being popular for a long time like 15 years is not a matter of joke. Gmail from its inception has served for which it has been started.

The increasing popularity of Gmail reminds me of something like this.

Without continual growth and progress, such words as improvement, achievement, and success have no meaning.

Starting from its simplicity and providing 1 GB of storage at the time of launch, it has now become so much developed and popular that one can’t imagine the formal as well as informal written communication without it.

When it was started, the Android-powered smartphones was years away. It was available only on the desktop. But after Android smartphones and tablets, the app version of Gmail comes and becomes popular for a reason. It made emailing easier and portable

The new tabbed inbox, which was first time introduced by Gmail, organized emails based on their categories like Primary, Social, and Promotions. This type of inbox made user organize and view emails easily and efficiently.

With the advancement of in the Artificial Intelligence, Gmail has been introducing AI to make Gmail more powerful in order to increase its user experience to the ultimate level.

At the arrival of 15th Birthday, we can expect, as per the official blog of google, some of the new features listed below.

Users of Pixel 3 devices have already known what Smart compose is, but with the new update in the Gmail, all Android devices and also including iOS will get the Smart compose feature available in Gmail app.

You would be wondering what Smart compose is if you are listening to it for the first time?

Smart Compose is an AI-based feature available in Gmail that assists you while you are composing any text email. It will automatically predict what you are going to write and give you the suggestion. When you Slide rightward, the suggested part of the rest of the sentence will be automatically written. This has saved a lot of time of the user when it was only introduced in Pixel 3 devices and in the desktop version.

Another interesting thing is that, when you have written your email content, it will suggest a Subject based on your content. Gmail team is actually making smart compose smarter.

You are going to love this feature if your works involves emailing in Gmail.

Another update in this feature is it will include other languages like Spanish, French, Italian, and Portuguese.

iOS users will also get this feature available in updated Gmail app from Apple store.

No need to save your email in the draft or disturb your recipient during vacation by sending him emails. Gmail has introduced new Email Scheduler features that enables you to schedule email to get sent at a later date and time you have chosen at the time of composing.

You can actually choose the exact date and time when you want your email to get delivered.

While you are scheduling, you will get preset of date and time like Tomorrow Morning, Tomorrow After noon, Monday Morning, or you can pick a date.

This feature is going to save your time while you are replying to some threat, or booking and confirming any hotel accommodation, etc.

You can reply to comment threat in google docs also.

When you get some reply from a website and you need to take simple actions like reply or confirm, you can do that within the Gmail without leaving it.

Previously it would take you to the website, whom you have received the email from, in a new tab and this way it would consume more time.

Clearly, Gmail is becoming more useful and popular for its regular updates according to the needs of users. From its inception, it has evolved a lot and has been serving with its email service very efficiently.

If you like this post, then let us know if you have found something new about Gmail and its new features.