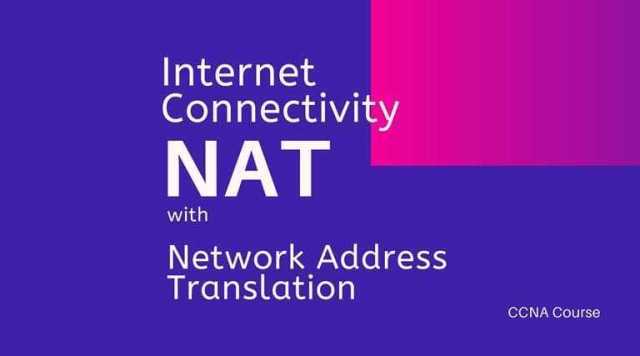 We can still remember the very first time we saw Network Address Translation (NAT) in action. “This is the most amazing thing we have ever seen,” we said, with the same awestruck feeling as the first time you walk up and look over the Grand Canyon. Okay, perhaps it wasn’t that fantastic, but at the same time, NAT is definitely at the top of the list configurations we love to set up.

Despite it being one of the most widely implemented concepts in the world of network technology, NAT is one of the newer topics added to the examinations of CCNA. This is most likely because of its configuration complexity: It requires a thorough understanding of standard access lists to successfully deploy. However, Cisco is very wise in adding it to the entry-level exam, because nearly every network in the world uses NAT income shape or form. Even home networks using Linksys, D-link and Net Gear routers use NAT.

NAT was originally developed through a combination of Cisco engineers and the Internet Engineering Task Force (IETF) group in 1994 to overcome the quickly approaching IP address shortage. With the internet popularity growing at a rate far faster than expected, the remaining public IP addresses would soon be depleted. At that time, TCP/IP version 6 (IPv6, which would have solved the IP address shortage) had been created in draft status, but it would require a worldwide upgrade of network devices and operating system software to successfully deploy. Rather than upgrading all network-capable devices, the focus was placed on creating a gateway device that could enable multiple network devices to share a single IP address.

As this concept materialized, NAT was born. Theoretically, a router running NAT is capable of allowing more than 60000 devices to share a single Internet-valid IP address. Practically speaking, the router resources (processor and memory) and WAN bandwidth are depleted long before that limit is reached. With thousands of devices capable of using a single public IP address, the life of TCP/IP version 4 (IPv4) has been extended years beyond what was thought possible.

Although the introductory discussion of NAT covers the most popular uses of technology, NAT can be used for much more. Before you go deeper into the specific uses, though, you must understand the foundation concepts.

As its core function, Network address translation does just that: translate addresses. It can take any IP address and make it look like another. This is why the creative geniuses behind TCP/IP defined three ranges of “Private IP addresses” in RFC 1918. The following is a list of three private address ranges.

It is commonly stated that their private addresses are non-routable, but this is not true. Thousands of companies around the world use these addresses and route them throughout their private network just fine. This misunderstanding came about because all internet service providers (ISPs) use access lists to block these addresses from entering or leaving their networks. It is accurate to say these private addresses are not Internet routable, because if they were, there would be thousands of duplicate IP address conflict every day.

As shown in the picture below, networks connected to the Internet typically use these private IP addresses internally and then translate them when attempting to access the internet. This enables you to have many duplicate addresses around the world without any conflicts because they never communicate directly. This can cause problems with overlapping IP addresses when companies merge, but NAT can even be engineering to solve these problems.

With this foundation in place, you’re ready to examine the styles of NAT.

Static NAT is the simplest form of NAT. it enables you to map one IP address to another in a one-to-one relationship. This is typically used to allow access to internal servers from the Internet that are using a private address space. In the picture below, three servers are located on the internal network: a web server, an FTP server, and an email server. These three servers are assigned to a private IP address space (192.168.1.0/24) and would typically be inaccessible from the internet. By using static NAT, you can map the private IP addresses to a public IP on a one-to-one basis, enabling these servers to be accessed from the internet using the three public IP addresses shown in the picture below.

This static NAT mapping goes both ways. When someone from the Internet accesses 200.1.1.1, it is translated to the internal address 192.168.1.1. likewise, when the server 192.168.1.1 accesses the internet, it is seen as 200.1.1.1. although this form of NAT does not allow multiple internal hosts to share a single address, it does implement the security features of NAT by eliminating end-to-end traceability and enables servers that are sharing your private network to be accessed from the internet.

Static NAT is superb if you have a few hosts that need to be translated; however, if many hosts need to be translated, creating static entries for each one can be quite tedious. This is where dynamic NAT can help. Dynamic NAT enables you to define a pool of addresses to be translated along with a pool of addresses to which they are to translate. The router then dynamically maps these IP addresses as the need arises. This is not the same thing as allowing multiple hosts to share the same IP address (known as NAT overloading). Dynamic NAT makes many one-to-one mappings without requiring you to configure them statically.

Now we come to the form of NAT that made it famous. NAT overload, also known as Port Address Translation (PAT), enables a single IP address to support many internal clients. Whenever a host establishes communication with a server outside the NAT firewall, it tries to access a specific port number (known as the destination port). However, it also uses a source port number to allow for return and we have an article of Using Cisco Access lists regarding this. The following picture shows how NAT overload also incorporates this source port number into the translation.

The hosts communicating randomly generate the source ports. The NAT router then appends these to the public IP address to make the source socket (or IP address and port number combination) unique. When the internet server replies to whatever request was made, it does so to the source IP and socket when the NAT router receives the reply, it then can redirect it to the correct internal host by referring to its NAT translation table. Because hosts use random source ports, there is very little possibility that two hosts will choose the same source port number (one chance out of some 60000). However, if two hosts do happen to choose the same port number, the NAT device causes one of the device sessions to reset and choose a different port number. By using unique port numbers, the router can originate thousands of requests from its single Internet IP address. This provides Internet access to internal network clients while using just one Internet address.

To review, the following table shows the three forms of NAT and the styles of translation they perform.

Believe it or not, setting up NAT is not very difficult; it’s’ learning the terminology used with NAT that can fry your brain. The first time you see these terms, it may make no sense to you, and that’s just fine. It takes some time to soak in. now, keep in mind that these are not “Cisco terms.” Rather, they are an industry-standard way of referring to the four different points in a NAT-based network. Before trying to understand four NAT address descriptions, you must understand the building blocks used to construct these terms:

if that doesn’t sound confusing, just wait until we start combining these terms for the four NAT address descriptions. The following picture shows a visual location of these addresses of the network.