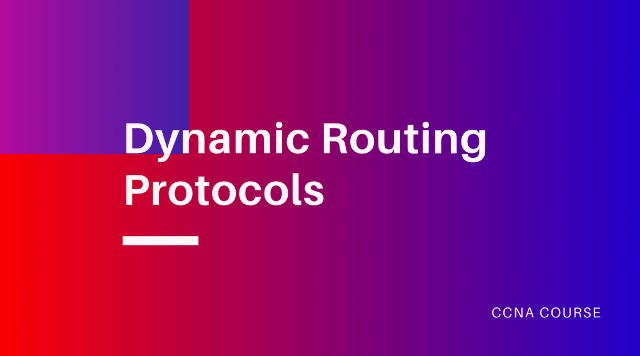 When complex networks contain multiple interconnections, static routes are no longer a practical solution because they cannot adapt or react to changes in the topology. Not to mention, the configuration complexity can grow exponentially as you add more devices to the network. For example, give the network design shown in the figure below, router A knows only the three directly connected networks attached to the router.

Unfortunately, our configuration undertaking does not stop there because we have to configure a static route in Router F and Router B back to the 172.16.0.0 network.

Granted, the configuration scenario shown in the figure above is not drastically difficult or strenuous, but imagine if the network contained 20 more routers.

More importantly, consider what would happen if the link between A and B went down. Because the routes are statically configured in the routers, you must go back and remove the static routes on Router A and B and redirect the traffic by configuring routes to go through Router C, D, and E. Not to mention, you must remove and reconfigure static routes back to the 172.16.0.0 network in Router F, E, D, and C.

To alleviate the administrative calamity you might have to encounter with static routes in complex networks, you can use dynamic routing protocols. If you configure routing protocols, the routers advertise their connected networks to the rest of the routers in the network, thus minimizing the amount of configuration required. In addition, routing protocols can detect and adapt to topology changes in the internetwork.

Because one of the core responsibilities of routing protocols is to build routing tables to determine optimal routing paths, you need to have some means of measuring which routes are preferred when there are multiple pathways to a destination.

As you will see in the following sections, routing protocols are categorized into several different classifications based on common characteristics and properties that they share. The first of these classifications revolves around the contents of routing updates that Layer 3 devices advertise to their neighbors.

This may seem like a trivial characteristic to define routing protocols, but as you will see, the results of the subnet mask being present or not in routing updates can affect the routing protocols you choose and how efficiently you can design your entire network.

With classful routing protocols, you assume that your network’s design conforms to the class boundaries of IP subnets. In other words, major networks in your design use their default classful subnet masks, “Implementing IP addressing” (for example, class A uses 255.0.0.0, Class B uses 255.255.0.0, and Class C uses 255.255.255.0).

For example, when Router B in the following figure sends an update to Router A using a classful routing protocol (RIPv1 in this example), it summarizes the 172.17.30.0/24 to a default Class B 172.17.0.0 network because it is going out the serial 0/0 interface, which does not contain a subnet in that major network.

Now consider if the Ethernet segment of Router B’s 192.168.1.60 network had a /29 subnet mask. The end result would still be the same as before in that Router B would advertise the 192.168.1.60 subnet and Router A would use its interface’s subnet mask of /30. In these instances, classful routing protocols are not the optimal choice because Router A has a route to only a third of the 192.168.1.60/29 subnet.

Classful routing protocols can also be problematic when major classful networks are subnetted and are haphazardly dispersed throughout the network, as illustrated in the figure below. When Router A and C summarize their networks to Router B, Router B thinks that the172.16.0.0 network is out both of its serial interfaces.

This could easily result in traffic destined for 172.16.10.0 and 172.16.50.0 being load balanced out each interface, resulting in 50% packet loss because the packets are sent in a round fashion between both interfaces.

Because classless routing protocols advertise the subnet masks in their routing updates, discontiguous networks are no longer an issue because routing devices are aware of the subnetted networks. In addition, the requirement of using the same subnet mask throughout the network ceases to apply because the routers do not automatically summarize the networks to a classful boundary.

No longer inhibited by these constraints, you are free to use different subnet masks, known as Variable-length subnet masks (VLSMs) in your network design. In addition, you now have full autonomy to manually summarize networks as you wish to help keep routing tables small to conserve resources. VLSM and route summarization are described in greater detail in the following sections.

Using classless routing protocols affords you the luxury of having support for VLSM network design. This is advantageous in your network planning because you can allow the appropriate number of IP addresses required for each link.

Not to mention, by assigning the minimal number of IP addresses required for a given link, you conserve IP addresses. For example, you can use a /30 subnet mask for point-to-point links because you need only two available IP addresses and a /27 subnet mask on an Ethernet segment to accommodate 30 hosts.

If you were using classless routing protocols, you would have to use a /27 for all links, which would inevitably waste 28 IP addresses on the point-to-point links. Throughout your certification and career, it is quite possible you will have to design your network given a usable subnet and host requirements for all your links. When tackling this designing task, be sure to adhere to the following guidelines:

In the next article, we will continue to the Route Summarization and conclude this topic of Routing and Routing protocol.