What is the Difference between SSD and HDD with full Information 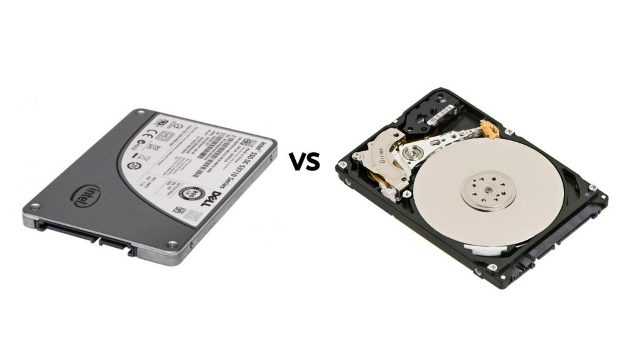 When you or someone wants to buy a new computer system, then there is always a thought that came to someone’s mind is that “which configuration of computer should I buy?” you may also think about the type of storage device installed in that computer system. And then you have only two options to choose from. One is SSD (Solid State Drive) and the other is HDD (Hard Disk Drive).

Though both are good for their own reasons, here we’ll have a comparison between both types of storage devices and make a conclusion for which you may buy your computer system accordingly.

But before comparing SSD and HDD, it will be good to have a brief knowledge about both of them.

HDD or Hard Disk Drive was first introduced by IBM in 1956. It will surprise you, but the truth is that this technology is in existence for more than 60 years.

A typical computer system or laptop contains HDD of 5400 RPM (Revolutions per Minute) or 7200 RPM. There is also HDD whose spin reaches up to 15000 RPM.

One of the benefits of using HDD is that you can store a huge amount of data with less cost as HDD are cheaper than other types of the storage device. Nowadays we have a number of computer system, laptop coming with 1TB storage capacity or more and it is increasing day by day.

The outer appearance of HDD is quite same as that of SSD and comes with the same standard size.

The main technology used in SSD is that the data is stored in Microchips and unlike HDD there is nothing moving or spinning parts in SSD.

SSD contains Nano-Based Flash memory which is non-volatile in nature.

The whole technology of SSD is contained in a plastic or metallic case of different sizes and somehow looks like a battery.

It comes with the same standard size as HDD and the connector for this is same as HDD i.e. SATA.

After having a brief knowledge about the SSD and HDD, let’s see an overall difference between SSD and HDD.

We saw many differences and similarities between SSD and HDD which will be beneficial for anyone to make a decision of buying storage device keeping in the mind the above comparison.

It will be wrong to say that SSD is always a good choice over HDD as it completely depends on the individual who is buying those devices depending upon his needs.

Here we’ll make some points which will be convenient for you to decide while buying those devices.

SSD should be a choice if…..

HDD should be a choice if…..

We hope that the comparison with full information about SSD and HDD helps you a lot. If you want your friends to know this, then you must share with them.