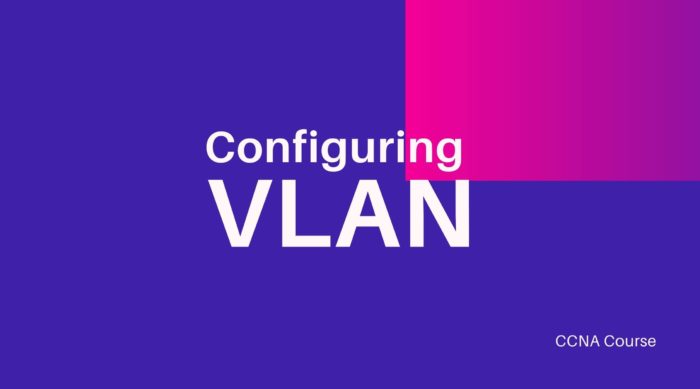 To configure VLANs on a Cisco Catalyst switch, use the global config vlan command. In the following example, we are going to demonstrate how to configure VLANs on the S1 switch by creating three VLANs for three different departments again, remember that VLAN 1 is the native and administrative VLAN by default:

From the preceding above, you can see that you can create VLANs from 2 to 4094. This is only mostly true. As we said, VLANs can really only be created up to 1005, and you can’t use, change, rename, or delete VLANs 1 and 1002 through 1005 because they’re reserved. The VLAN numbers above that are called extended VLANs and won’t be saved in the database unless your switch is set to VTP transparent mode. You won’t see these VLAN numbers used too often in production. Here’s an example of setting my S1 switch to VLAN 4000 when my switch is set to VTP server mode (the default VTP mode):

After you create the VLANs that you want, you can use the show vlan command to check them out. But notice that, by default, all ports on the switch are in VLAN 1. To change the VLAN associated with a port, you need to go to each interface and tell it which VLAN to be a part of.

Once the VLANs are created, verify your configuration with the show vlan command (sh vlan for short):

This may seem repetitive, but it’s important, and I want you to remember it: you can’t change, delete, or rename VLAN 1 because it’s the default VLAN and you just can’t change that period. It’s the native VLAN of all switches by default, and Cisco recommends that you use it as your administrative VLAN. Basically, any packets that aren’t specifically assigned to a different VLAN will be sent down to the native VLAN.

In the preceding S1 output, you can see that ports Fa0/3 through Fa0/8 and the Gi0/1 uplink are all in VLAN 1, but where are ports 1 and 2? Remember that in the article where we were identifying VLAN and trunked and created and Ether channel bundle. Any port that is a trunk port won’t show up in the VLAN database. You have to use the show interface trunk command to see your trunked ports.

Now that we can see the VLANs created, we can assign switch ports to specific ones. Each port can be a part of only one VLAN, with the exception of our voice access ports. With the trunking we went over earlier, you can make a port available to traffic from all VLANs. We’ll cover that in a future article in our CCNA course section.

You configure a port to belong to a VLAN by assigning a membership mode that specifies the kind of traffic the port carries, plus the number of VLANs to which it can belong. You can configure each port on a switch to be in a specific VLAN (access port) by using the interface switchport command. You can also configure multiple ports at the same time with the interface range command and we have an article related to this in Introduction to Routing and Routing protocol. You can read this.

Remember that you can configure either static memberships or dynamic memberships on a port. Here, we are only going to cover the static flavor. In the following example, we’ll configure interface Fa0/3 to VLAN 3. This is the connection from the S1 switch to the Host A device:

Well, now what do we have here? There’s some new stuff showing up in the preceding output. We can see various commands some that we have already covered, but nor worries: we’re going to cove the access, mode, nonegotiation, trunk, and voice commands very soon in the previous articles.

Let’s start with setting an access port on S1, which is probably the most widely used type of port on production switches that has VLANs configured:

That’s it. Well, sort of. If you plugged devices into each VLAN port, they can only talk to other devices in the same VLAN. We want to enable inter-VLAN communication and we’re going to do that, but first, you need to learn a bit more about trunking.

The 2960 switch only runs the IEEE 802.1Q encapsulation method. To configure trunking on a Fast Ethernet port, use the interface command trunk [parameter]. It’s a tad different on the 3560 switch.

The following switch output shows the trunk configuration on interface fa0/8 as set to trunk on:

The following list describes the different options available when configuring a switch interface:

To disable trunking on an interface, use the switch port mode access command, which sets the port back to a dedicated layer 2 switch port.

Trunking with the Cisco Catalyst 3560 switch

Okay, let’s take a look at one more switch the Cisco Catalyst 3560. The configuration is pretty much the same as it is for a 2960, with the exception that the 3560 can provide layer 3 services and the 2960 can’t. plus, the 3560 can run both the ISL and the IEEE 802.1Q trunking encapsulation methods the 2960 can only run 802.1Q. with all this in mind, let’s take a quick look at the VLAN encapsulation difference regarding the 3560 switch.

Defining the Allowed VLANs on a Trunk

As I have mentioned, trunk ports send and receive information from all VLANs by default, and if a frame is untagged, it’s sent to the management VLAN. This applies to the extended range VLANs as well.

But we can remove VLANs from the allowed list to prevent traffic from certain VLANs from traversing a trunked link. Here’s how you’d do that:

The preceding command stopped the trunk link configured on S1 port f0/1, causing it to drop all traffic sent and receive for VLAN 4. You can try to remove VLAN 1 on a trunk link, but it will still send and receive management like CDP, PAgP, LACP, DTP, and VTP, so what’s the point?

To remove a range of VLANs, just use the hyphen:

If by chance someone has removed some VLANs from a trunk link and you want to set the trunk back to default, just use this command:

Or this command to accomplish the same thing:

Next, we want to show you how to configure pruning for VLANs before we start routing between VLANs.

You really don’t want to change the trunk port native VLAN from VLAN 1, but you can, and some people do it for security reasons. To change the native VLAN, use the following command:

So we’ve changed our native VLAN on our trunk link to 40, and by using the show running config command, we can see the configuration under the trunk link:

Hold on there partner! You didn’t think it would be this easy and would just start working, did you? Sure you didn’t. here’s the rub: If all switches don’t have the same native VLAN configured on the trunk links, then we’ll start to receive this error:

Now our trunk link is using the default VLAN 1 as the native VLAN. Just remember that all switches must use the same native VLAN or you’ll have some serious problems.