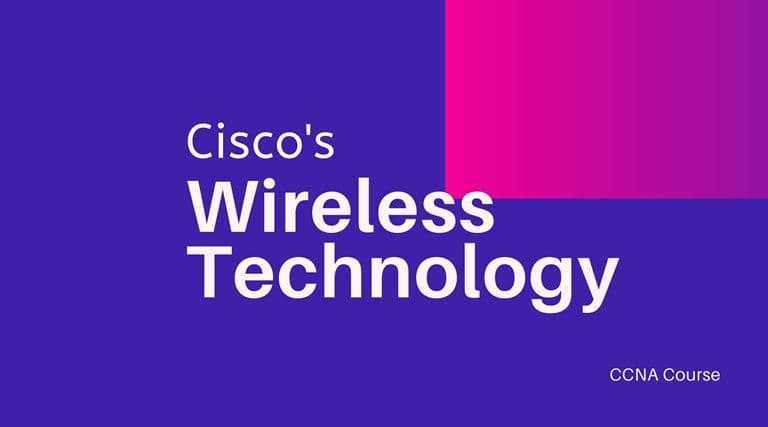 The funny thing about wireless LAN (WLANs) is that the topology was just so cool that network administrators started deploying it and making up the business case as they went along.

Wireless networks were a new way of looking at infrastructure, and within a few years of mainstream deployment, the applications that used this infrastructure began to emerge. One of the first changes businesses began to realize was the increased use of laptops within the organization rather than their stationary desktop counterparts.

In 2005, laptops outsold desktops for the first time, accounting for 53% of all PC sales. That figure continued to increase in the following years as vendors began including embedded wireless network cards in the devices. Companies are now purchasing laptops for their employees for two reasons.

While a host of new wireless networking devices continue to emerge (including wireless VoIP phones), the most tangible benefit of wireless is found simply in not having wires. The IT cost of moving an employee from one cubicle to another range from $175 to $375, depending on the equipment present. When you realize that an average of 10 to 15% of staff moves every year, you can begin adding up the numbers for your organization. Likewise, eliminating cable runs in new or existing buildings can always provide traceable cost savings provided by wireless technology.

Finally, realize that wireless technology has moved to the point where even someone who knows to note about networking can drive to a local electronics store and pick up a wireless access point requiring zero setups and configuration. Some users are so desperate to have wireless access at work that they bring in their own wireless network devices and build “mini-WLANs” in their cubicles, knowingly or unknowingly violating company policy. This can subject your organization to an enormous security risk that could have been minimized by using a centrally managed WLAN system.

802.11 holds a host of standards that every vendor is scrambling to implement and every network admin is trying to keep straight. Three organizations play key roles in managing this wireless world:

Because of the simplicity associated with setting up 802.11 wireless networks in small office/home office (SOHO) environments, it can be easy to underestimate the task of deploying a wireless network on a corporate scale. Wireless access points (WAPs) use radio frequencies that are subject to interference and distortion. Likewise, when we move into the wireless network world, we take a step backward in our switch-based mind-set to the days of network hubs. Only one device attached to a wireless access point can send or receive at a time (half-duplex). Understanding these facts is key to a successful WANL deployment.

Back in the day, the two competing LAN technologies were Ethernet and Token Ring. Many argued that Token Ring was the better technology because the users would never experience a collision of data on the network. This is because only one user could transmit data at a time due to the token-passing mechanism. Ethernet ended up winning the competition because its method of collision detection (CSMA/CD) allowed for higher transmission speeds.

When we move into the WLAN environment, we move our transmission methods to a collision avoidance (CSMA/CA) strategy because wireless devices have no collision detection mechanism. Likewise, because a wireless device that is sending data cannot receive data at the same time, WLAN devices run at half-duplex as a rule. When you combine this limitation with signal degradation due to wireless range and interference, you’ll find that wireless devices rarely run at the advertised speed (11Mbps for 802.11b, 54Mbps for 802.11b and 802.11a). most of the time, the actual speed you are receiving is less than half of the maximum data rate!

Much of the wireless signal degradation is due to the nature of RF. Most of us are used to the land of Ethernet, where data signals travel cozily through a padded copper wire, free from most interference. Wireless RF signals are sent through the air using an antenna, and unfortunately, the air is an ugly place. The first challenge that the wireless signal faces are physical objects. Every object the signal must pass through can degrade the signal in some way. Reflective surfaces, such as metal or glass, cause RF waves to bounce off, shooting in a different direction. Uneven surfaces, such as a gravel road, piles of merchandise in a warehouse, a desk, or a cubicle can cause the signal to reflect and scatter in many directions. Finally, as wireless signals pass through physical objects, they are absorbed. This absorption rate differs depending on the type of material the signal passes through.

As if physical objects weren’t enough, the wireless signal is also subject to interference. All 802.11 technology uses unlicensed wireless bands. This means that they are not sanctioned by the United stated federal communications commission (FCC), and any wireless device can use them. In many ways, this is fantastic. Without unlicensed wireless bands, every new wireless network in the world would need approval from the FCC, along with all the licensing fees associated with the process! However, unlicensed RF bands also present the challenge of conflict. Cordless phones, Bluetooth, microwave ovens, and WLAN technology all share the same unlicensed RF band. Never before have network administrators faced the challenge of a Stouffer’s microwavable Macaroni Dish being responsible for a 1-minute network outage. It’s a good thing this is reduced to 30 seconds in high powered microwaves.

The US designates the FCC to manage the radio frequency bands. Other countries each have their own agency that manages radio frequencies. Often, these agencies mirror many of the rules that the FCC has specified. However, you may find differences as you move from country to country.

The three specific bands are as follows:

Keep in mind that these ranges of frequency are for the US. Other countries may support more frequencies, and others support fewer. Some countries may not allow unlicenced wireless transmission at all!

Every company that manufactures equipment that transmits wirelessly and that does not want to license frequencies from the FCC is forced to share these unlicenced bands. Combining different devices in the same area that are sharing the same frequencies results in interference. For our WLAN, that means impaired performance or potentially a completely unusable network, depending on the severity of the interference.

By far, more equipment uses the 2.4GHz band, making it more difficult to keep the airwaves free from interference. The more popular 802.11b, 802.11g, and 802.11n standards fit into this RF band. The 5GHz band is home to the 802.11a standard. On that note, let’s also discuss some key facts about RF:

So, building a 500-foot-high tower on the top of your company building powered by a small nuclear generator most likely is not an option for achieving campus-wide network coverage. The alternative solution requires you to purchase many small transmitters and strategically place them throughout your network.

Because the government restrictions keep us from saturating our campus network with an ultra-powerful wireless signal, we are forced to deploy many transmitters (WAPs) that have a much smaller coverage radius. The problem with this solution is that these transmitters all use the same RF band. Because a good wireless design requires overlapping signals, we are stuck with a problem: the adjacent transmitters will interface with each other.

Having a 10 to 15% overlap in signals, as shown in the picture below, is good design. With the right configuration, this overlap can allow clients to roam seamlessly between transmitters. However, the client will experience heavy interference and performance degradation within the overlapping coverage areas.

The solution? Wireless channels. Just because a wireless access point uses the 2.4GHz range of RF doesn’t mean it consumes the entire range. The 2.4GHz RF band is divided into different channels, as shown in the picture below.

The 2.4GHz band supports up to 14 different channels (the FCC allows only channels 1 to 11 in the US). Each channel consumes 22MHz of frequency bandwidth. When you walk through the setup wizard of a wireless access point, one of your options is a channel selector, typically populated with channels 1 to 11. Your goal is to put adjacent access points on separate channels. Be careful when doing this, it’s not as simple as it looks! First, most of the wireless channels the FCC has sanctioned are overlapping. The following picture shows the  Channel 1 (2401 to 2423MHz) overlaps with Channel 2 (2406 to 2428MHz), Channel 3 (2411 to 2433MHz), Channel 4 (2416 to 2438MHz), and Channel 5 (2421 to 2443MHz). placing one access point on Channel 1 and an adjacent access point on Channel 3 would cause interference problems.

For this reason, it is completely said that the 2.4GHz band supports only three channels: 1, 6, and 11. These three channels do not overlap with each other. With this in mind, we need to arrange out wireless access deployment into logical, non-overlapping “cells”, as shown in the picture below.

Looking at the above picture should make you realize that, indeed, deploying an organization-wide wireless network does take planning.

One of the big advantages that the 5 GHz band has over the 2.4GHz band is the number of channels supported. Depending on your locale and the channels you choose, you could have up to 23 non-overlapping channels in the 5GHz range! This makes it much more visible to find a clear channel without interference. Remember our Stouffer’s Macaroni Dish microwave issue? Using different channels can be one solution to help alleviate some of the microwave interference.