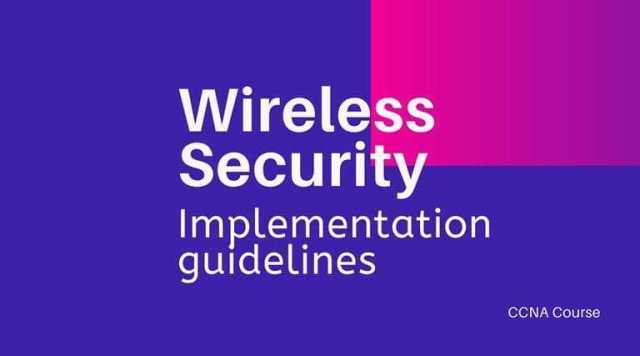 Introducing wireless networking into your organization opens the door to three new types of attacks on your network: war driving, direct hacking, and employee ignorance. Let us explain each of these in detail.

You know you’ve entered a new realm of network security when “driving” becomes one of the intrusion efforts. This term actually originated from the days of old, when a similar method known as war dialing was in place. In the 1980s, most businesses connected offices through dialup connections, typically using modems. War dialing would consist of a hacker randomly dialing through the phone number range in his local area (for example, setting up his modem to dial numbers 100-000 through 999-9999 in the US). The dialing itself was not the hacking attempt; rather, it was a scan for the phone numbers responding to modem signals.

War driving uses a similar concept. An intruder mounts an 802.11 compatible wireless antenna on his vehicle and drives through the city, identifying available wireless networks. When combined with a Global Positioning System (GPS) device, war driving software (such as KisMet or KisMac) can be very accurate in pinpointing the available wireless networks on a map of the city. When the intruder returns home, he can analyze the available networks and plot his next steps of attacks.

Keep in mind that war driving can discover wireless networks even if they are encrypted, authenticated, and/or using a “hidden” (non-broadcast) SSID.

The direct hacking effort typically begins after the war-driving scan of the area is complete. The intruder then identifies what network(s) he wants to attack. The hacking effort can come in many forms:

Employee ignorance was the best term we could come up with for this category of security threat. Depending on the individual employee, we suppose you could substitute “insolence” “rebellion” or “stupidity” for the word “ignorance”. Here’s the concept: your company policy dictates that you will not run wireless networking because of security threats. However, the “ignorant” employee has a laptop he really wants to use with wireless technology, which gives him the freedom to roam between areas while remaining connected to the network. The employee takes networking into his own hands and connects a low-end wireless access point to the network jack in his cubicle. With the click of a Cat 5 cable, your network security has been reduced to nothing and a gaping hole into the network is now broadcast to the outside world. This same issue can occur even if your company provides a WLAN network and the user is just outside the range of the wireless signal. If appropriate detection measures are not taken, this massive hole in your network security can go undiscovered for months!

Although volumes could be (and have been) written on wireless security, we would just like to discuss the 10000-foot view of wireless security. This will give you an idea of the areas of focus when you are considering using wireless networking technology in your organization. As soon as you understand these areas, you can begin digging into the technology to find the right fit for your wireless design.

Wireless security can be broken into three major categories: encryption, authentication, and detection.

When you’re ready for a technology roller coaster ride, begin studying the history of wireless encryption standards. Wireless networking technology is so amazing that companies began using it long before the security standards were heavily tested and proven to withstand attacks. So, fasten your seat belt, and let’s ride through the evolution of wireless encryption standards, starting it all began: with WEP.

The WEP standard uses an encryption formula called RC4. This is essentially a mathematical formula that takes every piece of data you want to encrypt and scrambles it. The missing piece of this formula is PSK, which you enter. This is visually demonstrated in the picture below.

When WEP was originally released (in 1997), it used 64-bit encryption, which is considered weak by today’s standards. You can compare 64-bit encryption to a math formula with 64 steps. Each step scrambles the original data more and more.

Unfortunately, within a few years of WEP’s initial release, a major security vulnerability was found. The wireless standards groups improved the strength of the WEP algorithm by releasing a 128-bit version in 2002, which some people refer to as WEP2. Although it makes the algorithm slightly more difficult to break, many flaws in the underlying design of WEP caused this security standard to crumble.

Wireless security was suffering in a huge way when WPA was released.

The wireless networking industry faced a major issue. A newer encryption algorithm was needed to combat the weakness of WEP, but the more complex encryption algorithms would require more powerful 802.11 compatible wireless hardware to process the algorithm. By this point, the industry had already purchased millions of wireless access points and wireless cards, so simply saying, “sorry! Go ahead and scrap all that equipment and buy new stuff.” Was not an option. In 2003 the WiFi Alliance (a group of extremely smart people sponsored by many organizations) stepped forward and proposed WPA. WPA used a new encryption algorithm called Temporary key Integrity Protocol (TKIP). TKIP ran on the same wireless hardware that was originally created, and it used a 128-encryption algorithm. It was engineered to dramatically increase the number of encryption keys that could be used and virtually eliminated the attacks that were successful on WEP keys. Although WPA was not flawless, it was a tremendous step forward from the original WEP standard.

WPA was never meant to solve the world’s wireless security problems. Although it was much more secure than WEP, it did have the weakness of using the same old hardware that WEP used. Inherent in that hardware were a few security weaknesses that simply could not be overcome by changing the encryption formula. For that reason, the Wi-Fi alliance quickly (in 2004) proposed an alternative standard casually called WPA2 and officially called 802.11i.

WPA2 uses a completely different encryption standard known as Advanced Encryption Standard (AES). This encryption standard was standardized by the US government and has been extensively analyzed and tested. The WPA2 standard left behind the old hardware and required that users purchase new wireless hardware (both cards and access points).

To ease the transition, WPA2 hardware can run in backward-compatibility mode to support the original WPA and even WEP standards. This allows an organization to upgrade its wireless access points to the new hardware and still support the older WEP- and WPA-compliant clients. As the clients upgrade to newer wireless devices, WPA2 (and thus AES encryption) can be used.

The wireless encryption we’ve discussed so far does indeed secure the data, but it has s couple of weaknesses. First, using a preshared key system means that you must go to every wireless device and accurately enter the PSK before the device can communicate on the network. Likewise, keeping the same PSK for an extended amount of time increases the chances of the encryption algorithm’s being hacked, so it’s a good idea to change the PSK on a regular basis.

In a small network of 10 or so wireless devices, this may not be a big deal, but in a large network with hundreds or even thousands of wireless devices, this can be a full-time job. The second issue presented by a PSK system is the inability to remove access. For example, if you are using a PSK among your 50 laptop users on the network, and one of the users leaves the company, you must change the PSK for the 49 other wireless users to eliminate the security vulnerability from the former employee.

Simply relying on a shared PSK among all devices is not a secure or scalable solution for business. What was needed was a method of wireless authentication. This would allow you to have a system of granting or restricting access based on a variety of criteria, such as user names and passwords or certificates. The industry responded with the ultimate authentication method, which is now known as 802.1x.

Think of the possibilities as soon as you begin using network authentication! When a user leaves the company, you can negate her user account on a Microsoft Windows server. This will cause her to lose the ability to log on to the Window workstation and, at the same time, lose the ability to even plug into a switch port or attach to the wireless network! Talk about cutting off a user! Now, let us give you the basics of how this works.

We could say much more about network authentication, but, as we said at the beginning of the article, this is a 10000-foot overview of the concepts. You now know what network authentication is all about and what it is used for. It’s now up to you to continue past the CCNA in your Cisco studies to determine the best method to implement network authentication. Proceed into that world with a grave warning: Don’t let the EAP monsters eat you alive! Don’t worry; you’ll know what we mean when you get there.

By using wireless network authentication and encryption, we have addressed the concerns of war driving and network hackers. But what about those pesky users who plug unauthorized wireless access points into the network? For that, we have wireless IPS. You can think of IPS as introducing a variety of detection lasers into your network. We think back to the 1996 movie Mission Impossible with Tom Cruise. In one scene, Cruise (well, Ethan Hunt, to be exact) must retrieve a chip from a secure computer room by twisting and contorting his body through a variety of lasers projected around the room. In the same sense, deploying wireless IPS for your network sets up a variety of “sensors” that detects when a policy has been violated. The minute a rogue access point shows up in the network, the system can alert you, pinpointing the location of the access point on a map of your campus. Amazing!

Networking-wide IPS can detect a variety of additional suspicious movements around the network, in both the wired and wireless worlds. However, discussing the rest of those detections is part of the Cisco certified security professional (CCSP) certification.