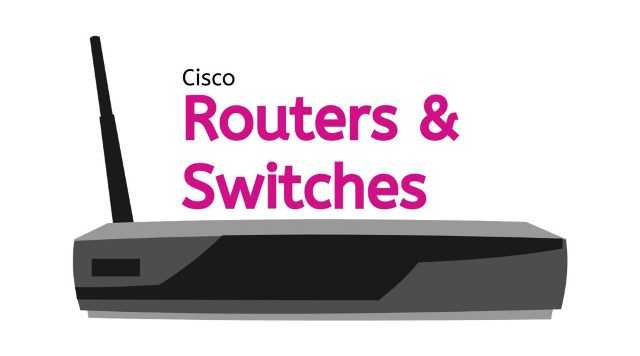 Up to this point, we have discussed general internetworking technologies and devices to provide a background of the material relevant to the CCNA exam in previous articles. If you want to read them, you can do that.

Here we have our previous articles under our CCNA Course.

Now the scope of the discussion widens to include Cisco technology. This article reviews internetworking devices (routers and switches) that were developed by Cisco for network implementations.

It also discusses the individual hardware components that make up a router and switch, which you must thoroughly understand before the configuration of these devices is explained.

This introduction to Cisco technology leads up to other articles, “Understanding the Cisco SDM” and another article, “Foundation Cisco IOS operations” where you will delve into hands-on device operations and configuration.

Networks can be connected to Cisco hardware in a variety of ways. Communication lines can be terminated to a Cisco device via hardware interfaces and modules. Interfaces provide a physical point of interaction between two networks. That hardware interface includes the cable, plug, socket, and signal that sync up together to communicate among devices.

A module is a self-contained component. A Cisco network module has built-in hardware interfaces to add alternate connection options on a network. Because they are modular components, Cisco routers can be upgraded easily and with minimal expense to the company.

This article will review the variety of physical connection types on LAN and WAN devices.

Local Area Network (LAN) interfaces are used to provide a point of interconnection between Cisco switches and other network devices. Cisco provides a wide selection of switches that can be implemented on a LAN and offer end-user connectivity. We already have an article that describes Data Link Networking concepts and it introduced Layer 2 switches.

A GBIC is also hot-swappable, so you can remove and replace it without shutting off power to the switch. This helps to avoid interruption of service to that switch.

The back panel of 2950 includes power input and the switch’s console port. The console port has an RJ-45 connector and is connected to a terminal with a rollover cable for initial switch configuration.

Wide Area Network (WAN) interfaces are also used to provide a point of interconnection between Cisco routers and other network devices. Types of WAN interfaces include

BRI is an Integrated Services Digital Network (ISDN) service that consists of two 64Kbps bearers (B) channels and one 16Kbps data channel. Voice, video, and data traffic can be carried over the B-channels. Signals between telephone company switches use the D-channel. Cisco offers an 8-port ISDN-BRI with a built-in Network Termination Type 1 (NT-1) Network Module for router installation.

A synchronous serial interface synchronizes clocks for the bit stream of both the sending and the receiving end of a serial link. This allows for the data rate to be adjusted if necessary to ensure that both ends of a serial link are functioning at the same speed.

With the asynchronous/synchronous serial network module, each port can be configured individually as either asynchronous or synchronous, depending on your network setup.

High-speed serial interfaces offer up to 52Mbps transmission rates to the WAN from a Cisco router. The higher speed capacity is relevant if the corporate backbone requires high-speed internet access and VPN connectivity. Cisco offers a 2-port HSSI port adapter.

Also referred to as a digital signal level 1 (DS1) service, a T1 is a connecting line that offers a 1.544Mbps data transmission speed. A single T1 line consists of 24 digital signal level 0 (DS0) channels that are 64Kbps each and an additional 8Kbps that is reserved for management over-head. A T1 controller card can be installed in a router’s T1 slot to communicate with and control the 24 DS0 channels.

The DCE side of a connection sets the clock speed for a serial connection.

DCE equipment may consist of a

Modems convert a digital signal into an analog signal for transmission over a telephone line. The signal is converted back into a digital format when it reaches the device on the other end of that telephone line.

A Channel Service Unit/Data Service Unit (CSU/DSU) serves as the intermediary between the service provider and the WAN router. In most cases, the CSU/DSU provides the clock speed for the router. A CSU/DSU may be a separate unit or it could be incorporated into a WAN interface card (WIC).

If it is not built in on a Cisco router via a BRI-U (Basic Rate Interface-User) interface, the service provider requires separate BRI NT-1 hardware as a termination point for the communications line. The BRI NT-1 then connects to the Cisco router.

Data Terminal Equipment is the term used to identify a device at the user end of a network and is connected to the service provider via the DCE device.

DTE equipment may consist of a

Customer-owned equipment, such as the router and typically the CSU/DSU, is referred to as customer premise equipment (CPE).

Cabling between the CSU/DSU and router is decided by the type of CSU/DSU that is deployed on that network. If a WIC functions as a CSU/DSU, then the CPE is a telco jack and a category 5 or category 6 cable is used with an RJ-45 connector.

Your best bet is to position the CSU/DSU as close to the router as possible. This requires the shortest amount of cable and therefore ensures maximum speeds.

Four memory components are used by Cisco devices. Those components include ROM, Flash, RAM, and NVRAM.

Because this type of memory is read-only, it cannot be changed by any configuration done at the networking device. ROM is nonvolatile, so data is not lost when the device is powered off.

Flash memory contains the Cisco Internetworking Operating System (IOS) image. The router uses Flash by default to locate the IOS when it is booted. Configuration files may also be stored on a Flash card like ROM, Flash is also nonvolatile memory.

Random-access Memory (RAM) is used for short-term storage of a machine’s running IOS and running configuration. The IOS is copied from Flash to RAM. This is the only type of system memory that is not permanent.

At times, you may hear RAM also referred to as dynamic random access memory (DRAM). Because this type of memory is volatile, it is lost whenever the machine is shut down.

Nonvolatile random access memory (NVRAM) stores the startup configuration. This is the configuration that is located when the machine is booted.