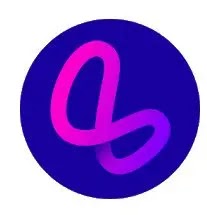 Facebook finally launches the TikTok like app Lasso today. TikTok is like the craze among the youngsters of China and the west. Seeing the craze Facebook has now cloned the app to get the impression of youngsters on its new app. So in the words of Bowen Pan, they launch the app for both ios and android platform devices. Though it is not available worldwide right now, yet it will soon be available in all countries. He has given the links on Twitter to download the app from the App store of iOS and Google Play of Android.
For those who don’t have the idea of what TikTok is, let me explain a few words about TikTok. According to Wikipedia TikTok, also known as Douyin that literally means vibrato short video in China, is a social media app for creating and sharing videos as well as live broadcasting. It was launched by ByteDance. After its launch it has become a leading short video platform in Asia and has extended to other parts of the world, becoming one of the fastest growing apps with a large community across several countries for short music videos. The app TikTok is available in 34 languages. Previously the app was famous with the name musical.ly and later TikTok was merged with musical.ly. TikTok is famous for its feature of recording 15-sec video with lip-syncing to songs. Users can shoot short videos and edit them with special effects, filters, and stickers. By selecting a background music user can create his own version of a short video. The app also has the feature of setting account as private and allowing only selected people they want to allow and also make it public for visible to all.
According to a spokesperson of Facebook, the new TikTok like app Lasso is a standalone app and it for now only available in the US. They release it informally with a little fanfare and some tweets on twitter. The links have been given to download the app from the store.

Today, my team launched Lasso (@lassovideos), a new video app that lets you create short, fun videos and share them with friends.

Like TikTok, Lasso lets you record 15-sec video with no upload allow and lets you overlay with popular songs. It has given hashtags to choose from and a collection of themed videos. But for now the app lacks the features of reality effects and crazy filters as in TikTok but the beta users are using its new slo-mo and fast forward effects to make most out of it. Overall Lasso looks and feels like well constructed with its colorful and vibrant look.
To say about some of the features of Lasso, it has given the options to log into the app by using Facebook or Instagram account. The video recorded in Lasso can be transferred to facebook stories while this feature for Instagram is in development. The main notable feature of the TikTok like app Lasso is that all accounts and videos recorded in it is public which makes it a little bit awkward situation where olders watching the teenagers dancing.
Unlike Musical.ly which had a big problem of inappropriate underage content where videos of underage teens were found, Lasso has a report button which can be used to check that inappropriate content to draw a white line.
For now, the debate is whether Facebook is too late to create such a video-sharing app like TikTok. In the month October the downloads of TikTok surpassed that of Facebook, Instagram, YouTube, and Snapchat and it is increasing at a high rate. Since Facebook has stated lasso to be a standalone app, it has to start from scratch. Previously Instagram and Facebook have got the inspiration of stories in their app from Snapchat. But they have used it in their already famous app, and now due to being a standalone app, the future of the new TikTok like app Lasso can only be predicted.

Epson L3150 Wifi setupHere in this tutorial, we will see the setup...
Read more

Want to know how to test epson print head on your own?...
Read more

You might be thinking of installing WhatsApp for Windows 7 and use...
Read more

The new foldable pixel smartphone has been...
Read more
News