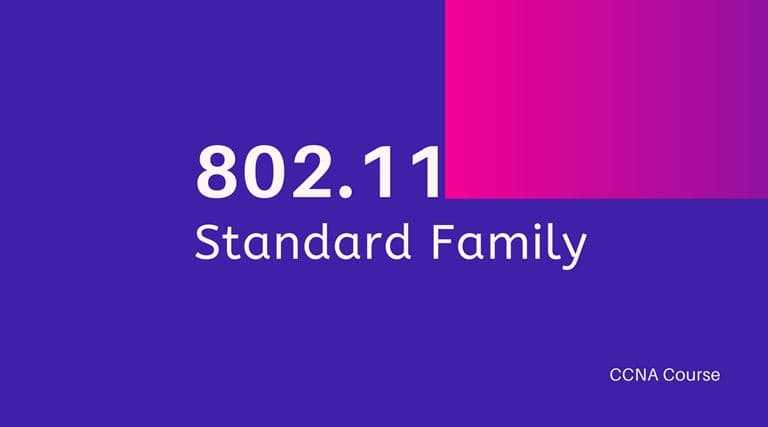 Now that you have a foundational understanding of RF signals, we can move to the 802.11 standards. When many network administrators hear of 802.11 technology, their mind immediately equates this with the three or four popular wireless networking standards: 802.11a, 802.11b, 802.11g, and the standard 802.11n. however, 802.11 describes much more than this when dealing with wireless networks. For example, 802.11e describes quality of services (QoS) standards for 802.11, and 802.11i is an enhanced wireless security standard, to name just a couple. In a way, 802.11 is similar to TCP/IP in that it depicts a suite of protocols and standards.

In 1999, two competing standards were released: 802.11a and 802.11b. as with most brand new standards, vendors did not really begin implementing and releasing equipment that used 802.11a or 802.11b until 2002. The two standards offered the following features:

It’s an interesting story about how these two standards competed. 802.11a was clearly the better standard. It offered faster speeds (54Mbps versus 11Mbps), more channels (23 versus 3), and an overall cleaner RF band (nowhere near as many devices use the 5GHz band as the 2.4GHz band). Alas, the 802.11b standard won the competition (for now) just because it was more available. The silicon used to make the 802.11a chips were in short supply, and the industry was hungry for wireless, so it gobbled up 802.11b instead.

After the newness of the 802.11b standard wore off, users and administrators alike demanded more speed. The IEEE answered with the 802.11g standard. This standard borrowed much of the 802.11a technology and implemented it in the 2.4GHz RF band. One of the major hurdles that was overcome was to achieve backward compatibility with 802.11b, thus allowing 802.11g access points to also support 802.11b clients. For this reason, most access points are labeled as 802.11b/g. let’s pull the same stats on 802.11g as we did for 802.11a and 802.11b.

At the time of this writing, 802.11n is currently in the standard state, set to become a standard in September 2008. Therefore, we will write about the basics of what we currently think the 802.11n standard will become. 802.11n adds multiple inputs, multiple-output (MIMO) technology to wireless cards and access points. Simply put, you now have multiple antennas that can send or receive between devices. This can bring about increased range and throughput. The irony of the situation is that even though the 802.11n standard is not yet complete, vendors are releasing prestandard devices, placing their bets on what they believe the standard will be. This is quite a risk because it has yet to be decided which RF band 802.11n will use; it could use the 2.4GHz and/or 5GHz bands. Perhaps by the time you read this standard will have been decided. Here is what we currently know about 802.11n: