10 books to read from Indian Authors 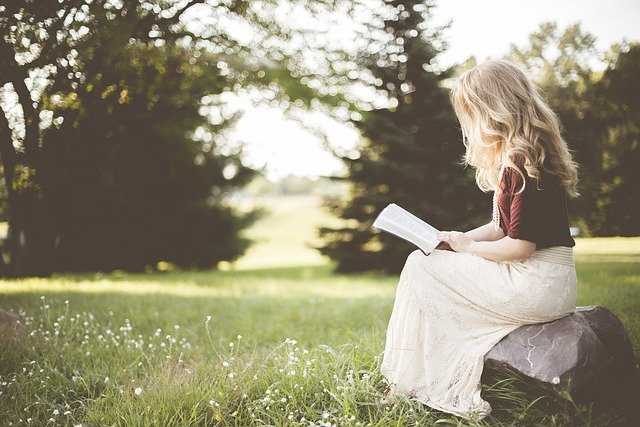 10 Books to Read From Indian Authors

1. Wings of fire: an autobiography of Abdul Kalam

The Wings of fire is the autobiography of the former president of India Dr. APJ Abdul Kalam. In this book, he shares the story of his sheer grit and hard work that gave him success.

He shares his story to his fellows for they may find inspiration and strength to go on. He was a very humble person from the beginning and how he has become a great rocket scientist to the topmost position of Indian democracy i.e. the president.

The book gives us an understanding of his journey of success. The book very nicely describes his belief that each one of us was born with the strength and potential to make a tangible change in the world.

The book also recollects many stories of his childhood i.e. his time at school and college.he has also described the time spent at Langley research center, NASA and Wallops flight facility with a lot of attention.

He has seen many good and bad times throughout his life. He has described in this book how he managed his feelings when he lost his brother in law, his mother and his father during his ambitious projects of missiles. He has given many contributions in the field of rocket science. He also has a nickname as the missile man of India.

Since the popularity of the book, it has been translated into thirteen languages including Chinese and French.

It is one of my best books that I have read in my life. Proud to suggest you read the book once in your life to see your dreams come true in front of your eyes.

2. An era of darkness: the British empire in India

Shock to know that when East India Company entered India and took control of the country, at that time India’s share of world GDP was 23 percent and when British left it was just above 3 percent.

The book represents a true story of the darkness during the British empire in India. The empire started in India with the East India Company to trade in silk, spices and other profitable Indian commodities and within a century the company had become a power to reckon with in India.

An era of darkness will serve to correct many misconceptions about one of the most congested periods of Indian history.

In this book, you will have a full story Purushottam Ram Chandra and his disciplines. This book has been awarded the 2015 Raymond crossword award for popular choice English fiction.

In this book, you will find all the popular and familiar characters of Ramayan i.e. Lord Ram, Lord Lakshman, lady Sita, Lord Hanuman, Lord Bharat and many others from Ayodhya. You will also find the character from Lanka like Ravan. Here the describes Ram Rajya, a perfect land.

This book is not an autobiography but is a book that contains the story of a woman who is a mother of two, an ordinary version of the star or a celebrity and someone who finds humor in everyday situations that women in India face every day.

This book is a comical take on the life of modern Indian women. The author of this book is Twinkle Khanna who was born on 29 December 1973 and is the daughter of dimple Kapadia and Rajesh Khanna.

She won her first Filmfare award in her first movie in 1995 and played her last lead role in 2001. After that, she moved on to be an interior designer, a columnist, producer, and author as well. She is the wife of famous Indian actor Akshay Kumar.

The story of the novel starts with the description of a village named Mano Majra. It was a village with the Muslim and Sikh population that suddenly becomes a part of the border between India and Pakistan after the partition. The village which used to be in love and harmony even at the face of all odds turns into a place disrupted of all the harmony.

This novel provides a deep look for those who want to study India’s past and to know about the socio-political scenario behind the partition. The novel was written by Khushwant Singh who was awarded Padma Bhushan in 1974 and had been the editor of Hindustan Times, the national herald and the illustrated weekly of India.

6. The immortals of Meluha (Shiva trilogy)

In this novel, there is a story that describes how shiva helps the Suryavanshis in the fight against Chandravanshi who have allied with the nagas. The nagas are a cursed tribe. In the first part of the trilogy, the author also describes the marriage of lord shiva with the daughter of King Daksha, Sati.

The secret of nagas and oath of the Vayuputras are the second and the third part of the trilogy which continues from the first part of the trilogy. The book has been translated into fourteen languages. The author of the Shiva trilogy is Amish Tripathi.

7. Mahatma Gandhi Autobiography: the story of my experiments with truth

This book is like a window to the workings of Mahatma Gandhi’s mind, a window to the emotions of his heart and a window to understanding what drove him to be the father of a nation from a seemingly ordinary man.

The book describes the philosophy of his life starting from his childhood to the beginning of the independence movement in India. It is not like a usual autobiography but the experience as a form of experiment shared by Mahatma Gandhi.

He has given the absolute truth of the ideal of is the struggle against racism, violence, and colonialism.

8. India after Gandhi: the largest history of the world’s largest democracy

India is the largest democracy in the world and after Mahatma Gandhi and independence, the story of India has been changing radically. After the independence of India, we have seen a different type of change in its social and political conditions.

Congress has fallen but Narendra Modi has risen, there is more violence against women, the persistence of poverty among Dalits and minorities, peace in Nagaland and chaos in Kashmir and many more.

This book is a work of one of the world’s finest scholars at the height of his powers. This book is authored by Ramachandra Guha who is also the winner of the Sahitya Akademi award.

The book, the god of small things is a story about two innocent children and their horrifying experience about the truth of life for they were tortured and blamed for every misfortune.

Their life gets infected by unexpected events. The story of these two innocent young children named Esthappen and Rahel will surely keep you hooked till the end leaves you searching for more.

The author of this book is Arundhati Roy and it is her debut novel.

10. The palace of illusions

The novel the palace of illusions is the story of a time of Mahabharata where Panchali is narrating the story. Panchali the wife of the Pandava brothers.

Tracing her life from fiery birth and lonely childhood where her brother is her only true companion; through her complicated friendship with the enigmatic Krishna; to marriage, motherhood and Panchali’s secret attraction to the mysterious man who is her husband’s most dangerous enemy—it is a deeply human novel about a woman born into a man’s world—a world of warriors, gods and the ever-manipulating hands of fate.

The author of this novel is Chitra Divakaruni.

One thought on “10 books to read from Indian Authors”